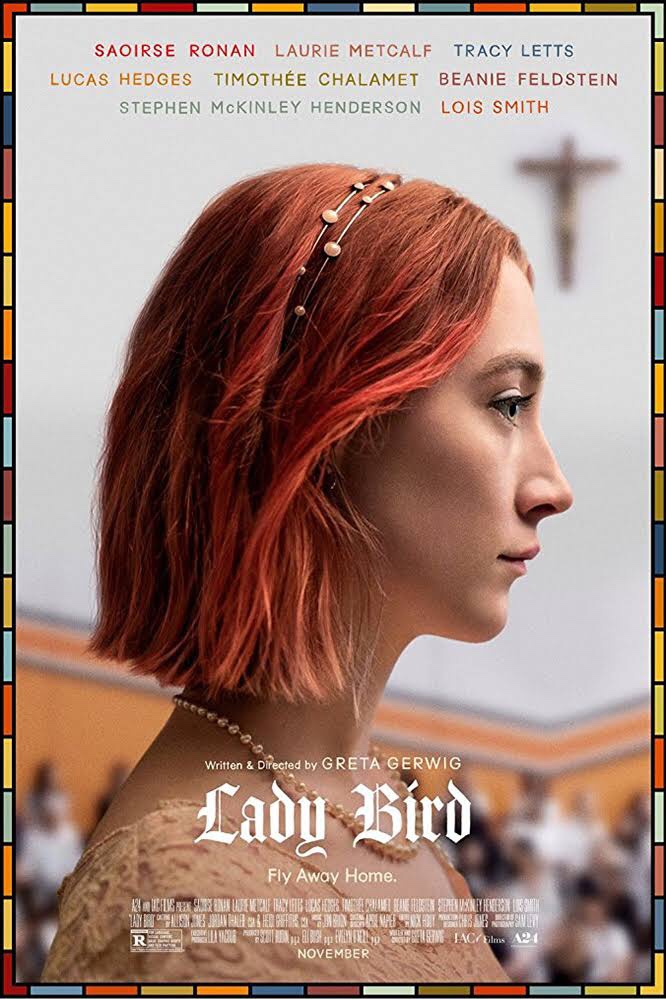 Welcome back for another film review! I’ve been wanting to watch this film for a while, and when it finally came onto Netflix I had my chance.

‘Ladybird’ is about a young girl going through high school. Set in Sacramento in 2002, the film centres on the daughter of a poor, working-class family, who is desperate to escape the confines of her small bungalow.

But her disdain and shame for her roots causes multiple arguments with her mother, and this film looks not just at Ladybird’s journey through high school and into college, but how this affects her relationship with her mum.

The main character- Christine “Ladybird” McPherson- is weird and strange, with her own unique sense of humour, and her character is interesting, even if she does often make some poor choices. But that’s half of her character’s allure.

Unlike other film protagonists, she is unbelievably normal. She compares herself to the girls in magazines- thinking she has bad skin and is plain, or isn’t thin enough, or should be getting her clothes from somewhere other than the thrift store.

And she makes bad choices, doing things she later regrets and betraying her best friend when she thinks she’s found a better offer- all things which give some humanity to her character.

This film really stuck with me, as it was such an honest portrayal of a young girl, especially in her relations with her mother.

I think in this type of film it would be easy to fall into so many traps- such as having your typical “popular” kids at school, or fake make-up scenes between mother and daughter. But this is not the case with ‘Ladybird.’

The relationship between Ladybird and her mother is honestly shown, and while there’s moments of anger and moments of love, this relationship is so interesting and touching to watch, and unlike any other I’ve seen in this type of film.

The actors for this film were also brilliantly chosen- I love Saoirse Ronan.

I also loved the ending of ‘Ladybird’. Again, it had this great honesty to it. But it was also touching and made me feel so good but also so sad, and that’s always a great way to end a film, one which resonates with the audience- and represents real family relationships.

Have you watched ‘Ladybird’? Are you a fan of Saoirse Ronan? Would you give this film a try?

Let me know all your thoughts in the comments below 🙂

This is a blog for avid readers, writers and dreamers, with regular non-spoiler book reviews and other book-related posts... As well as a large smattering of listicles! Happy reading! :)

This is a blog for avid readers, writers and dreamers, with regular non-spoiler book reviews and other book-related posts.

Find me on social media